Southbank will be gifted a $1 billion new arts precinct that will include an elevated park, garden and community spaces to link the NGV Contemporary, the Arts Centre and the newly built Performing Arts Museum.

18,000 square metres of public space is expected to be revamped by Australian architects, Hassell, and New York-based design firm Solid Objects Idenburg Liu (SO-IL) who have been awarded the joint contract.

Both firms have previous experience in designing cultural institutions. Hassell recently completed the revamp of the Australian Balletâ€™s headquarters in Melbourne and The Museum of Western Australia. In addition, the Melbourne Metro Tunnel, Sydneyâ€™s Olympic Park and the redevelopment of Geelong Performing Arts Centre were two other projects they had involvement in.

SO-IL designed the Lon University of Artâ€™s Fashion school and had the public spaces on the banks of the Seine in Paris.

The state government project will create 10,000 jobs during construction with 260 ongoing jobs and hopes to attract an additional 3 million people to the precinct annually.

Works are already under way to create more green spaces for the community on Southbank Boulevard, outside the Southbank Theatre, Melbourne Recital Centre and ABC Melbourne. 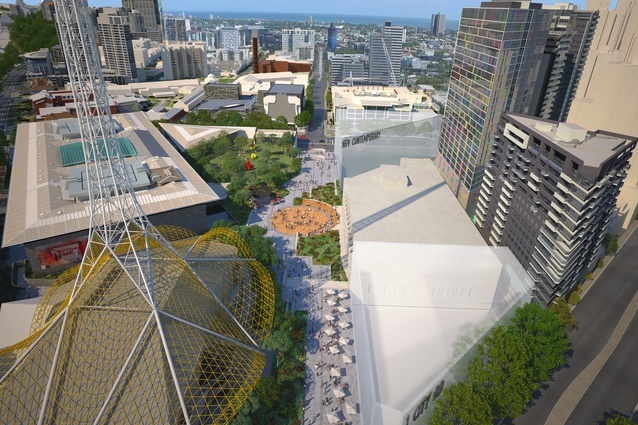 Stay up to date

Thank you for subscribing! We will be in contact shortly.

Civmec selected for $1.3B lithium plant in WA

Talk To Our Experts

Australia’s Detached Home Boom Continues to Rise Higher Than Ever

Our contacts are yours. Let us do the legwork in delivering the latest opportunities in your industry.

Thanks for subscribing!
You can now look forward to regular industry specific updates.

We all know that we spend more time in our workplaces than we do with our loved ones.

Thank you for subscribing!
Let us do the legwork in delivering the latest opportunities in your industry.